The Boys’ Brigade was the first uniformed organisation for boys and it was founded in Glasgow in 1883 by William Alexander Smith (later knighted for his work in the B.B.). 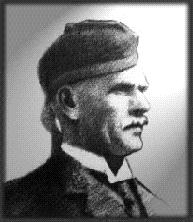 William Smith was born in Thurso and moved to Glasgow to work. It was while he served as a Sunday school teacher that he thought of providing a weeknight activity for his Sunday school boys were they could both learn discipline, which would help them to behave at Sunday school and get rid of their energy on P.T. and other activities. Included in later programmes was an outdoor activity called scouting for Boys’ based on a booklet written for Smith by Baden-Powell, who was a close friend of his, but it was later recognised by both men that this activity was big enough to support separate organisation, hence the Boy Scout Association.

The 167th is one of 92 companies in Glasgow Battalion. The unit of the BB is the company, and companies work in district’s. There are now 8 such district’s in the battalion. The 167th belongs to Bellahouston District.

The 167th Glasgow is part of St. Andrew & St. Nicholas Church (formerly St. Nicholas’ Cardonald) and the captain is responsible to the kirk session for the conduct of the company. He is assisted by officers and NCO’s, and is charged with carrying out the object, which is “The advanced of Christ’s kingdom amongst boys and the promotion of habits of obedience, reverence, discipline, self-respect, and all that tends towards a true Christian manliness”.

The Number 167th originally belonged to a company attached to Eastpark Church, Kelvinside, which was founded in 1917 and merged with the 6th Glasgow in 1938. The new 167th was started with about 30 boys in 1939. From the outset it was the company’s stated intention to carry out it’s work in the best traditions of the B.B.

The outbreak of World War Two in 1939 upset plans for the first camp, and with rationing of food and clothing, blackouts, and officers in the Armed Forces, it was difficult to keep a company going. In spite of these problems the 167th, not only survived but managed to build a reputation in the battalion for being a company to respect. A full programme was operated, including badge work and competitions. Many of the senior boys’ acted as casualties and messengers during Air Raid drills. The first King’s Badge was awarded in 1944, and the first camp to Ardrossan (Anne’s Lodge) which was an army H.Q.

The company saw many changes in the Brigade’s programme, badge and activity work, in uniform and the structure of the company, and was able to adapt to these changes to meet the challenges of the times.

Membership numbers in the U.K. were on the decline, although overseas the story was different. Contributions from the U.K. Companies was a great source of aid to overseas development, where conditions are very different to those at home.

The brigade celebrated its centenary year in 1983 and can look back with pride to what has been achieved in its work with boys an in the churches. This is now a time to look forward, hopefully to a further hundred years of service. The needs are still there, but with the many alternative activities available to boys it is much more difficult to hold boys. Also the rebuilding of cities causes breakdown in the traditional “villages” structure. All these changes mean that the Brigade Officer must do something special to attract and hold the modern boy. With our past history we should have the experience; what we need is a future source of suitable manpower. Manpower within and out with the working company, officers within, and friends and supporters in the background.